International Sports City by the Sea 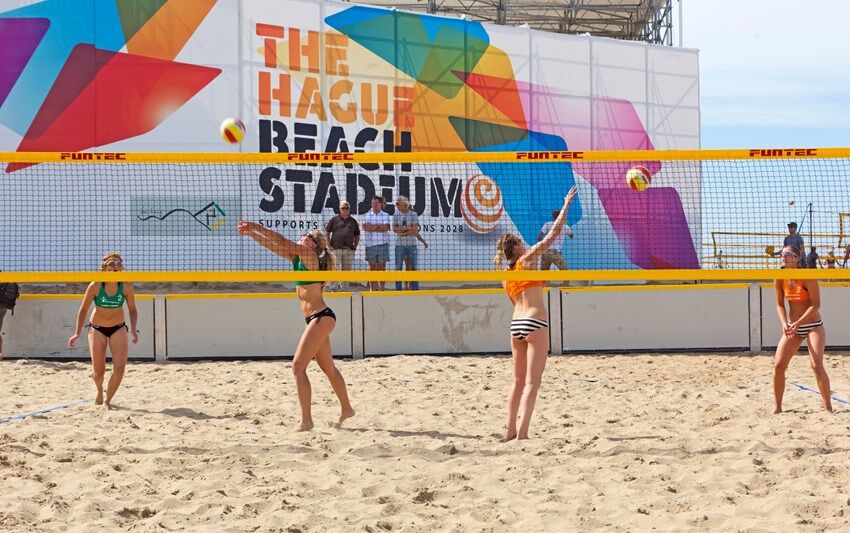 Sports for all is the aim of the city of The Hague. By 2030, we would like every resident to be active in sport. The municipality aims to make participation in one form of physical activity or another a normal and accepted part of everyone’s daily life. Sport is beneficial in terms of education, health and social integration. Presently, 70 percent of the population of The Hague actively participates in sport: Rabin Baldewsingh, the deputy mayor for Sport, dreams of raising this figure to 100 percent by 2030. This mean sports not just for the fittest of our inhabitants, but for everyone: able-bodied or disabled, young, old, male, female, long-standing residents and newcomers – including internationals and visitors.

The Hague encourages top-level as well as recreational sport. For many years, the city has hosted exciting sports events. These take place not only in purpose-built sports arenas, but also in schools, and in all districts of the city: in the forests, on the beach, in the harbour, at sea and in swimming pools. The City of The Hague is also enthusiastic about new sports, like free running.

In the last few years, The Hague has hosted great international sports events like the Field Hockey World Championships for men and women (2014), the Beach Volleyball World Championships (2015) and the 24 Hour Pit Stop of the Volvo Ocean Race, the greatest round-the-world yacht race (2015). Many inhabitants of The Hague were involved – not only as visitors, but as participants in several sporting and cultural side events too. 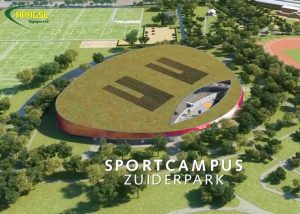 Sportcampus Zuiderpark: The Beating Heart of Sports in The Hague

The most notable event of 2017 was the inauguration of Sportcampus Zuiderpark, an important centre for sport, education, research and innovation. It houses a 3,500-seat, top-level sports hall, double recreational sports hall, beach-sports hall, gymnastics hall, dancing hall and a martial arts hall all under one roof. It also hosts the Academy of Sports, which offers various types of sports education including HALO and ROC Mondriaan. Around the iconic building, there are nine sports pitches (five of which are artificial pitches) for football, tennis, hockey and korfball. A few minute’s walk away, is an athletics track, a swimming pool, a roller hockey rink and a skateboarding area. Sportcampus Zuiderpark is set to become the beating heart of Sports in The Hague.

The number of students attending higher education facilities in The Hague is growing fast. The municipality is developing sports accommodations to cater for these students. Rowing, a traditional student sport, has been present in the city for a while, and student football and basketball clubs were founded this year too.

Other important sports centres in The Hague include Cars Jeans Stadium (home to the  Dutch premier-league football club ADO The Hague), the Hofbad (an iconic swimming pool), The Hague Beach Stadium (a semi-permanent stadium on the beach, the only one in the Netherlands), the yacht harbour and De Uithof (an indoor winter sports centre with an ice hockey rink, a speed skating rink and slopes for skiing and snowboarding).

Clearly, The Hague is not only the international City of Peace and Justice, but the International Sports City by the Sea too.