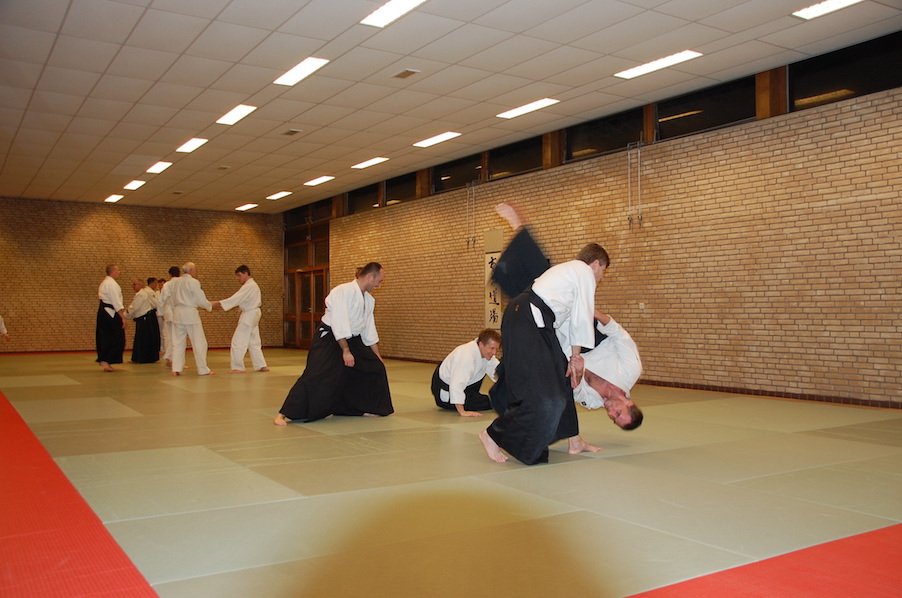 Aikido is a Japanese martial art developed by Morihei Ueshiba with the aim of creating an art that practitioners could use to defend themselves while also protecting their attacker from injury.

Hagukami started 30 years ago in a living room on the Beeklaan in Den Haag and has now developed into a dojo at the Mient 277 in The Hague with a fixed Aikido mat. The name means “school to study”.

The Hagukami dojo is used to practice both the Japanese martial art of Aikido and Shiatsu which is Japanese physiotherapy. The dojo already has a large number of international members and wants to welcome more people from round the world to train along with local Hagenaars.

At the Fair’s community centre they will provide a demonstration of aikido suitable for kids and adults, and maybe Kungfu or Shiatsu.